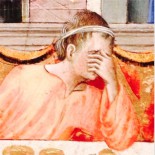 It’s a Catch-22. Because fewer films are shot on film, film processing labs are closing around the world. With fewer labs available, the range of services offered – from creation … Continue reading →

Trouble at the Cinémathèque québécoise

The Cinémathèque québécoise — the main repository for all film, television and video production in the province of Quebec — is in the midst of controversy over its future direction. … Continue reading →