[Editor’s note: I wrote this yesterday for the Media Burn email newsletter, which you should have subscribed to by now anyway. Typically, these are saved to the MB blog and thus publicly available, but I seemed to have screwed up whatever mechanism is responsible for doing that, as it has not materialized. A lot of people wrote in to say that they liked this, so I decided to c&p it here, with some minor changes. If I had time, I would make the major change of finding something other to say about his last films than what I did – refreshing my memory of them (which I hadn’t seen since their release on home video), I was reminded that they in fact are pretty self-consciously garish, even on the Stuart Gordon sliding scale. I’d also include a link to his Bleacher Bums (1984), produced for Chicago’s WTTW, which is worth a watch as way to pour one out not only for Gordon, but also for the probably-canceled 2020 baseball season, which was to have begun the very day after he died. What a crappy week.]

Stuart Gordon has died. In most of the obituaries you will read today, he will be largely (and justifiably) remembered for his film work. He came right out of the gate with a classic in Re-Animator (1985), which was the first of many features he made for Charles Band’s Empire Pictures (later rebranded as Full Moon Entertainment). If none of the follow-ups can quite claim to have caught the debut’s lightning in a bottle (though for what it’s worth, I do know one eccentric who maintains that 1986’s From Beyond is his best work), each nevertheless brought to the screen a combination of surprise, humor, and audacity found in only the best genre films of the era. His legacy as a filmmaker rests largely on these fondly-remembered vehicles, though I would also make a plea for his last few features, King of the Ants (2003), Edmond (2005), and Stuck (2007), which veered away from the explicit sci-fi and horror trappings of these earlier movies but made up for it with greater discipline and were, if not exactly sedate, maybe a bit less self-consciously garish. He’d only made four features since 2000, and I’m very sorry that we won’t get to see what he would have done next. 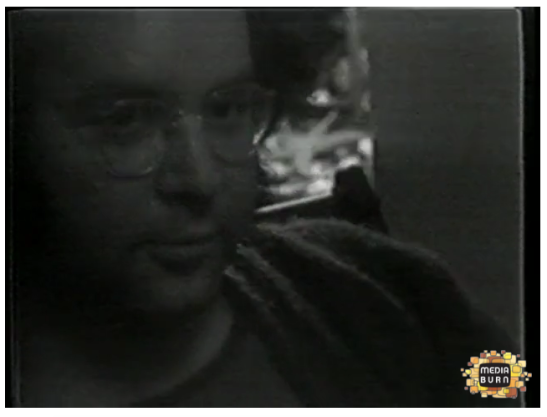 As important as his cinematographic contributions were, we at Media Burn would like to remember him for his place in Chicago theater and television. Re-Animator actually was first conceived as a stage show to be mounted by Gordon’s Organic Theater company, and only moved from stage to screen once it was determined that pulling off the necessary special effects would be nearly impossible in a live setting (ironically, Gordon’s last credited work was a musical-theater production of Re-Animator, which had a well-regarded run in Los Angeles in 2011). Gordon’s theater work indulged in his taste for outré subjects and staging from the very beginning. As a student at the University of Wisconsin 1968, he put on a version of Peter Pan inspired by the then-recent Democratic Convention, in which the Lost Boys were represented by hippies and the pirates by riot police. On-stage nudity, LSD references, and the general subversive nature of the production got the company in trouble with the local D.A., who threatened to bring obscenity charges. Though he would eventually beat the rap, Gordon found little support from the University’s theatre department, and went back home to Chicago sans degree. Here, he and his wife, Carolyn Purdy-Gordon, founded the Organic Theater Company.

Operating by its own mandate to create work which “always attempts to astound and amaze by being totally unpredictable,” under Stuart’s direction, the Organic embarked on an ambitious campaign of mounting unconventional literary adaptations as well as original plays. In honor of his achievements, we’d like to present a set of our videos documenting some of his work at the Organic.

Inspired in equal parts by silver age Marvel Comics and LSD, Warp is the strange tale, told in chapters like an old serial, of Lord Cumulus, a schizophrenic space lord who travels through the dimensions of space and time to battle Chaos, the Prince of Madness. The play was a huge success locally, and Gordon and company took it on the road, spending $300,000 to bring it to audiences outside of Chicago. In 1973, TVTV alum and Videopolis founder Anda Korsts shot footage of Gordon and his Organic co-conspirators Cecil O’Neal and Lenny Kleinfeld as they prepared to mount a production of Warp at New York’s Ambassador Theater. There are two parts to this piece; the first may be found here, the second part is here. 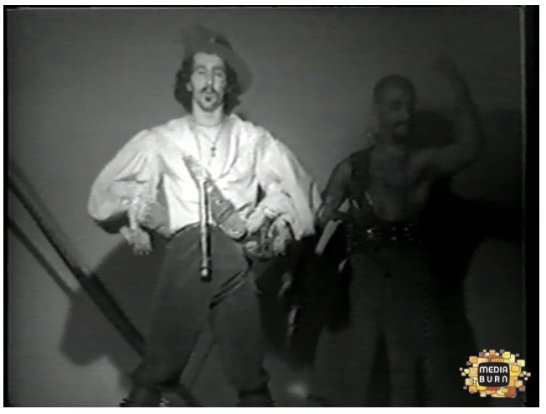 Given his earlier take on the subject, it’s appropriate that the only full recording we have of a Gordon-produced play is one that involves pirates. Bloody Bess, presented here on three ½” reels shot by Korsts, (Reel 1 is here, reel 2 is here, reel 3 is here) is the story of the headstrong daughter of a colonial governor kidnapped by brigands and who, after her initial ravishment, assumes leadership of the gang through sheer force of will (a movie adaptation of Bess, to have starred Re-Animator players Barbara Crampton and Jeffrey Combs, was supposedly being prepared by Gordon for Empire in the late 1980s; it was never realized) . Although Gordon only earns a “conceived by” credit here, anyone with even a passing familiarity with his other work, and who shared his taste for outrageous, broad, blood-and-thunder thrills – theatricality in its most vulgar connotation, but remember that vulgar just means popular – will find much to appreciate here. It’s an early work, but it’s among his least-known, so consider this one final visit from Gordon’s peculiar imagination, from beyond.

This entry was posted on March 26, 2020 by Dan Erdman in Uncategorized.